Where is YOUR next puppy coming from?

So – where do dogs come from? And what difference does it make where YOUR next dog comes from? 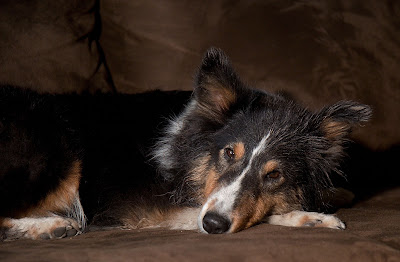 If you strip the emotion out of it, it becomes a business of market and demand. There should be no more demand for pet store puppies, for internet sales or puppy mill puppies or poorly raised puppies only bred for an easy dollar – because we should want QUALITY: a sound puppy raised in the best of circumstances: a puppy raised in a RICH, healthy and physically safe but challenging environment with lots of early experiences and exposure. What you buy,  DOES make a difference!  When  buying from someone, you support the way they handle their dogs and how they go about their breeding program!
I do believe that in the Big Picture, we have to really start looking at the breeding of dogs/ where they come from in the first place. IT`s NOT that breeding dogs is bad or that breeders are bad – it is that there are MASSIVE differences and we need to get better at highlighting and supporting the Best ones who care for the overall welfare of dogs/ and we need to educate people to stop supporting questionable breeding practises and instead Walk Away. If we could eliminate support for poor breeding practises and only go to the best of the best for breeders, we would be one step ahead!
PLEASE help affect change!!! I do believe we can all make a difference in just openly talking about this!!!
The easiest way to “know” who a breeder might be, is of course to do your homework well ahead of time. Establish a relationship and get to know who your breeder is! Meet them, talk dogs, meet their other dogs! Or at very
least: email – chat on the phone/ communicate and get references (=meet other dogs they have bred!) do what you can to find out who they are and tell them who You are, too!
It’s not a good idea to go looking at a litter or a puppy (from someone who sells a puppy like a loaf of bread on the whim), hoping to be able to walk away and say “No, Thank you” if you see behaviors or things that raise concern. A lot of people are not cut out for that. That’s why it’s important to be prepared ahead of time and KNOW who the breeder is and exactly what they do with their puppies! Know the parents of the litter, too! Ideally you would have time to meet several breeders and litters of dogs so that you can start to identify things you like/dislike and things you want to prioritize!
Realize that it will TAKE TIME to find a breeder you are going to be happy with! Good  breeders also mostly work from waiting lists, don`t sell puppies on the spot but have established relationships with people and will breed when they know they have buyers.
Don`t forget  the option of turning to a dog trainer BEFORE you have your puppy or dog!  You can get great help with “matching” and trying to find the very best match for YOUR life and desires….whether you are looking for a puppy or an older dog. I think a great service can be done by dog trainers as the connecting hand between “I  want a dog, now what?” to actually finding a good match, whether in defining breed, breed type or helping to select the actual dog!
And just a small final note: RED FLAG NUMBER ONE…if you interview a breeder who says that they do not take a puppy back after he or she is sold: RUN AWAY!! A great breeder will ALWAYS take a puppy of their breeding back. No matter at what age. ALWAYS! The answer to THAT question alone will tell you a massive amount about the breeder! Are they truly interested in the welfare of their animals, or are they just interested in a few easy dollars?? IMPORTANT QUESTION TO ASK!!!
You only need to briefly consider the implications this answer has on SHELTERS, too to see just HOW important this question is to ask! Don’t compromise on this one!


Must add as a final footnote that John Rogerson, one of the leading behaviorists of the world speaks a great deal to this subject matter. The thinking that I have done is really a product of hearing him on this big topic. He has come up with some really unique ideas and concepts as to how shelters, trainers, rescues, and dog people of the world could “unite” in an effort to expose the bad and uplift the good of breeders to put pressure, globally, on better, higher quality, more ethical breeding and higher standards of raising of puppies. Two of the important points being, it starts with the realization that:
a) not all puppies are created equal – they are NOT blank slates
and
b) when we, as puppy buyers support one breeder over another (whether by going directly to a breeder, Internet Purchase or buying through a Pet Store; consider what breeding and raising practices you are thus supporting and ensuring will be repeated.
About the Author